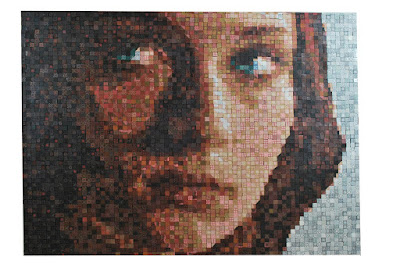 I was watching my favorite TV show, Game of Thrones, when I was intrigued with the face of the actress Sophie Turner who plays the character Sansa Stark.  I took a screen capture with computer and knew that I had found my next portrait.  This was going to be a challenge for me since it was the first time trying to do a portrait of this kind in color.  The finished dimensions are 40 X 30 inches.  I lost count of the number of canes that I made for this but I'd guess around 50, not counting the gray toned background tiles which were left over from my son's portrait.  I'd say at least 5 pounds of clay and many, many, many hours of labor. 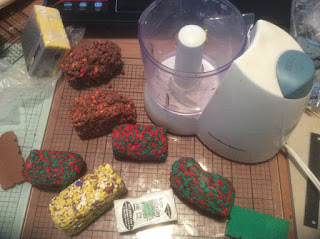 Broke out the food process when face this this much clay to condition. 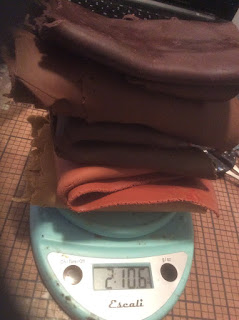 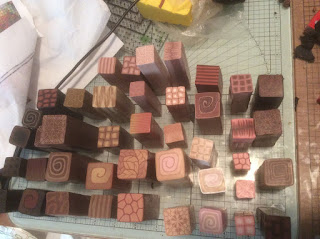 Some of the canes I created for this portrait. 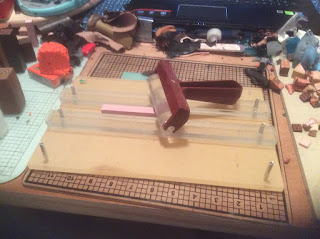 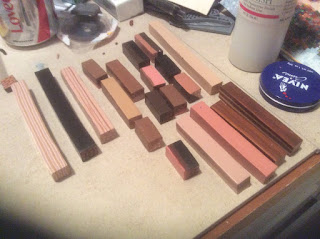 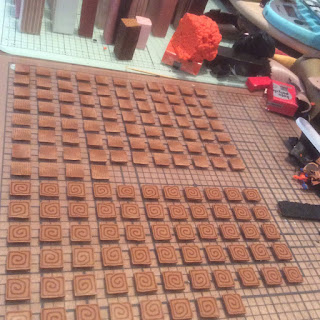 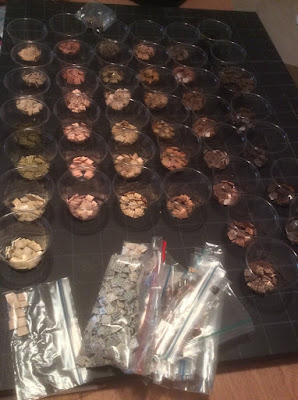 Then the canes are sliced, baked and sorted. 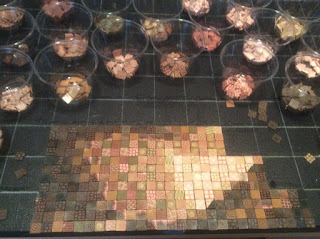 I took the following pictures and posted to Facebook.  There was much debate over who it was.  The guesses ranged from Obama to Scarlett Johannsson.  Gillian Anderson was a popular guess but her identity was revealed when someone suggested Sophie Turner. (it probably didn't hurt that the guesser knew I was a big fan) 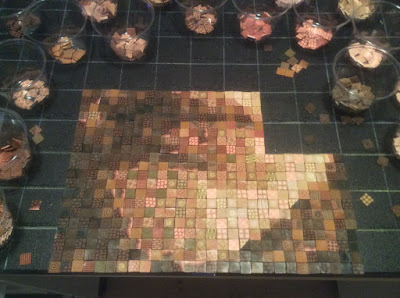 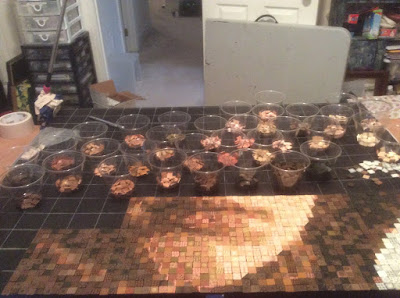 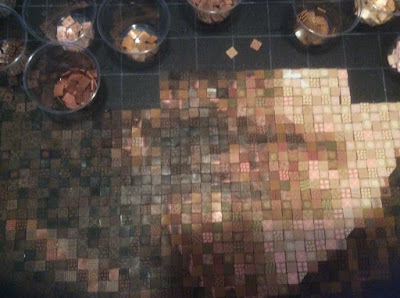 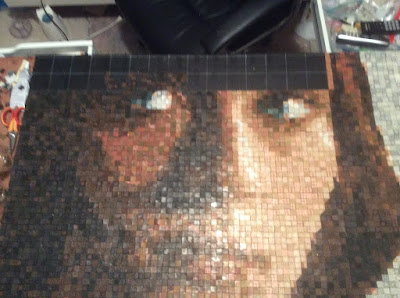 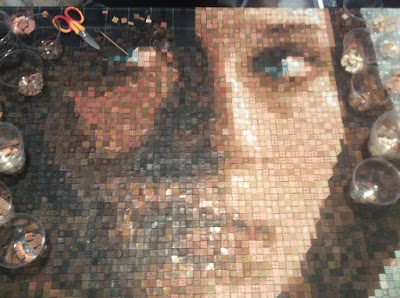 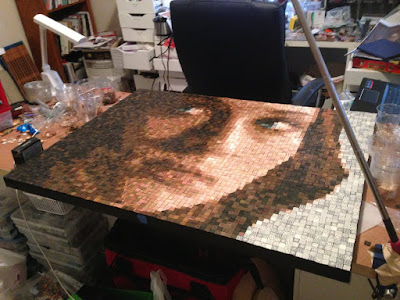 Julie Eakes
I have been a polymer clay artist for several years. I live in Charlotte, NC and love playing with clay and its endless possibilities.